She cost around £1billion to build, has sonar so sensitive it can hear other vessels 3,000 miles away and carries a giant payload of 38 deadly Tomahawk cruise missiles.

HMS Ambush, the Royal Navy’s newest nuclear attack submarine, is one of the most sophisticated and powerful vessels of her type ever built.

The giant Astute-class sub, which was launched today, is so hi-tech she doesn’t even need a periscope. 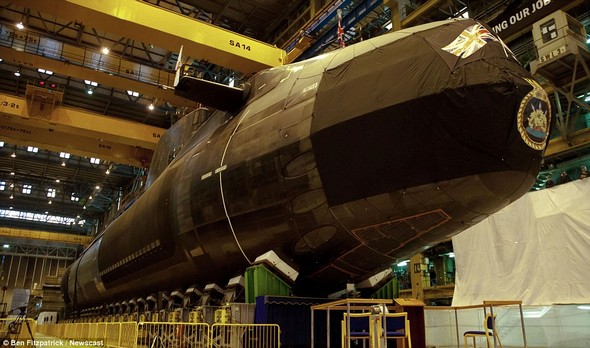 Awesome: HMS Ambush, which was built by BAE Systems, is believed to be the world’s most powerful nuclear attack submarine. Her huge weapons payload includes super-accurate Tomahawk cruise missiles and Spearfish torpedoes for fighting other vessels 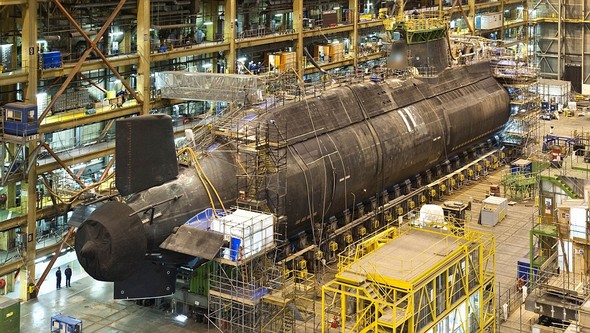 Success: The super hi-tech vessel has undergone rigorous testing ahead of today’s launch. Despite her size the sub’s 103 crew will be tightly packed, with some sleeping up to eight to a room in bunk beds

Super sophisticated: A cross-section of the sub shows the complexity of her design and the need to fit as much technology in as possible

Her crew instead using a digital camera system to see above the surface when she is submerged.

Built by BAE Systems, she has enough nuclear fuel to carry on cruising for up to 25 years non-stop – giving her huge tactical flexibility.

Her nuclear reactor is so powerful her range is only really limited by the need for maintenance and resupply.

Astute-class submarines are the largest, most advanced and most powerful in the history of the Navy, boasting world-class design, weaponry and versatility.

HMS Ambush can travel over 500 miles in a day, allowing them to be deployed anywhere in the world within two weeks.

The vessel is also one of the quietest sea-going vessels built, capable of sneaking along an enemy coastline to drop off special forces or tracking a boat for weeks. 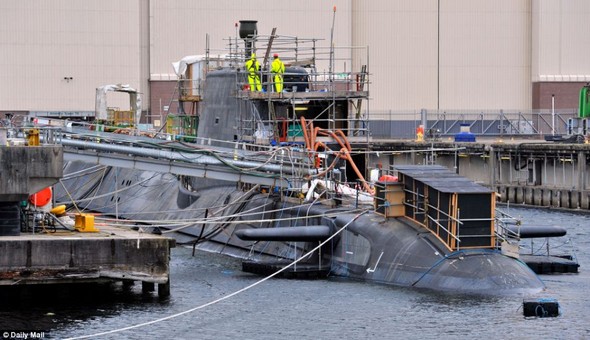 Detailed: HMS Ambush was fitted out with her sophisticated technology at Devonshire dock hall in Barrow-in-Furness Cumbria. She contains some of the most hi-tech weapons and sonar systems ever created 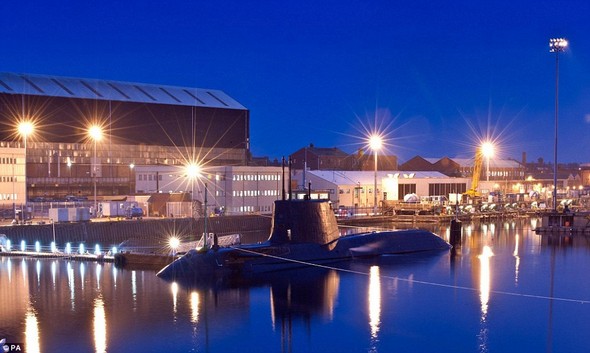 HMS Ambush: Her powerful nuclear reactor allows her to travel around the world without stopping. She can cruise for up to 500 miles in a day

Foreign forces will find it almost impossible to sneak up undetected by her incredibly powerful sonar equipment that can hear halfway around the world.

Her Tomahawk missiles are capable of hitting targets up to 1,200 miles away – making her a vital weapon for Britain’s armed forces.

‘This sub is a huge step forward in underwater operations,’ he told the Daily Mirror.

‘Her listening ability is quite awesome. She has a sonar system with the processing power of 2,000 laptop computers. 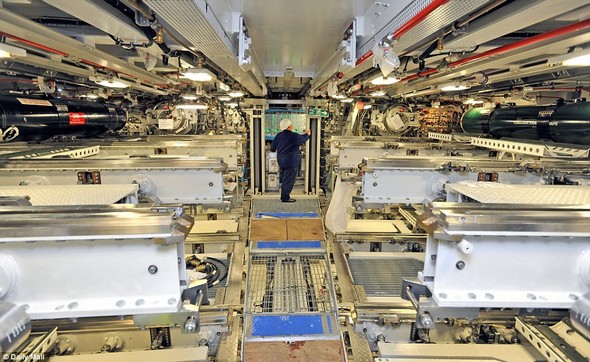 Inside: The weapons room of the £1billion sub. Many details of her weapons system remain top secret 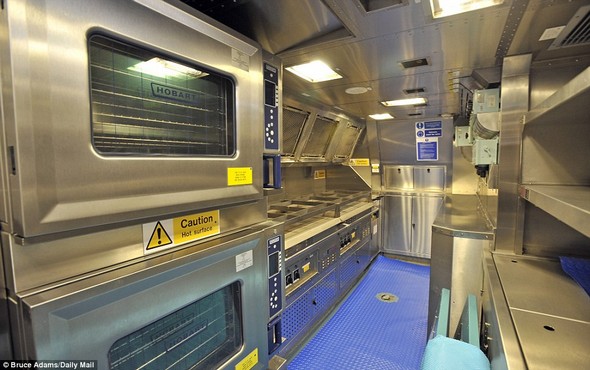 Feeding the crew: The submarine’s kitchen will be staffed by five chefs providing food 24-hours a day for her officers and crew 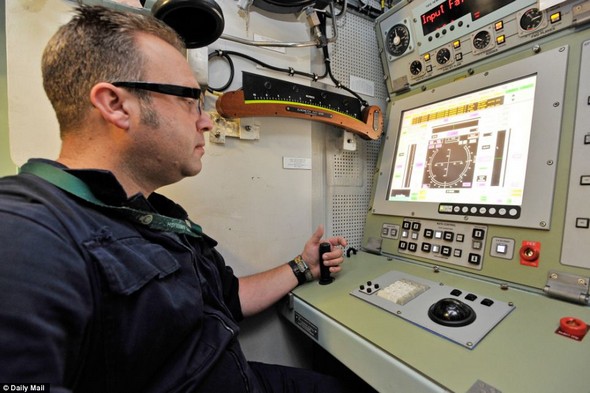 ‘It is possible this class of submarine is the most advanced in the world.’

Another Astute Class sub is currently undergoing sea trials – and could be operational within a year.

Many details of HMS Ambush’s weapons systems cannot be revealed for security reasons.

Most of her 103-strong crew live in bunk-beds measuring two metres by one metre, with up to 18 submariners sharing one room.